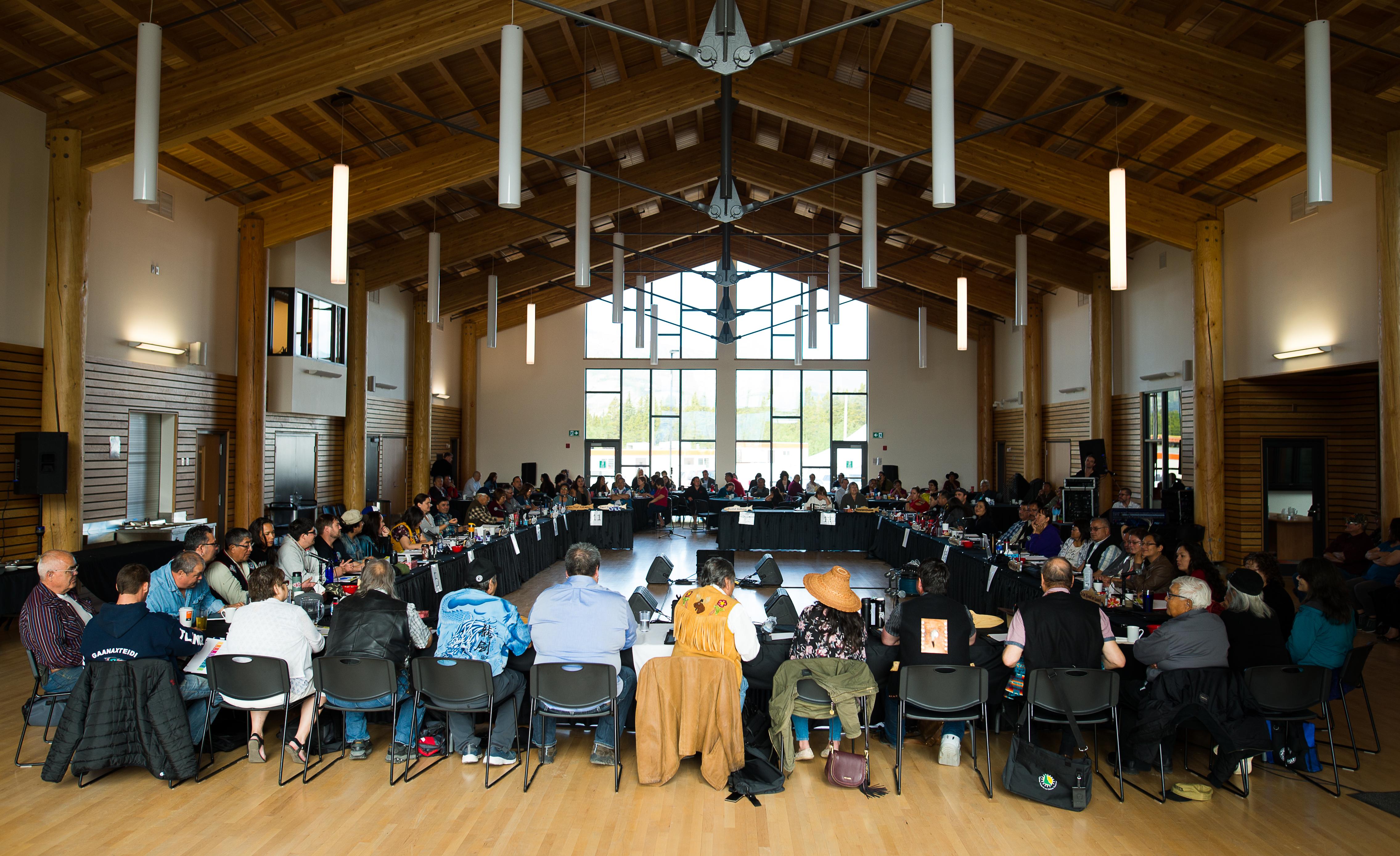 CYFN works with and supports Yukon First Nations so they can have a greater say about what happens in Yukon. This includes bringing leaders together, ensuring Yukon First Nation representation and input on territorial boards and committees, and helping to ensure that Yukon First Nations perspectives are shared and heard on key issues in the territory.

“Part of my role here is to help educate the general public, and even our citizens on the history of the Council and the history of self-governance. The Council   also works to build that relationship with the respective governments, the Yukon Government and also the federal government and any other agency or organizations such as the Assembly of First Nations that we may need to be involved with,” Johnston says.

“Ever since 1973, it has been a collaboration of Yukon First Nation citizens and Yukon communities that came together to build a collective vision. So today, decades from the signing of the first four Self-Government Agreements in the territory, our role has evolved as an organization,” he says.

The Council for Yukon Indians (CYI), brought together the Yukon Native Brotherhood and the Yukon Association of Non-Status Indians.  It was created to represent Yukon First Nations people with and without Indian status in land claim negotiations.

CYI was formed in 1973 around the time the landmark document Together Today for Our Children Tomorrow was presented to the Prime Minister of Canada in Ottawa. CYI worked with Yukon First Nations to negotiate the Umbrella Final Agreement (UFA) with the governments of Canada and Yukon.  Signed in 1993, the UFA was used as a template for the negotiation of the Yukon First Nation Final and Self-Government Agreements.

“Even though First Nations have gone through many traumatic events here in the territory, we still evolved and survived…we’re in a better situation than we’ve ever been in, especially in recent history having self-government here,” he says.

Judy Gingell, a respected Kwanlin Dün First Nation elder, former Chair of the Council for Yukon Indians and signatory to the UFA says that CYFN is a place to go and work together on issues that affect all governments such as resource development or having Yukoners’ voices heard.

“It is so important to have a central organization. It brings First Nations together to work collectively on issues that will affect all of us. It’s a very useful organization to have,” Gingell says.

From 1993-2005, 11 Yukon First Nations negotiated and signed their Final and Self-Government Agreements.  As a result, CYFN began to shift its role from negotiation into new areas, including program and service delivery, leadership, and advocacy.

In different ways, CYFN acts as an advocate for the interests of Yukon First Nations – honouring the past, while looking to the future.

When asked about the importance of strong leadership when it comes to implementing the agreements, CYFN legal counsel Daryn Leas says having a clear vision for the road ahead, and working to address any imbalance in relationships with government partners is all part of CYFN’s leadership role.

“CYFN facilitates political dialogue amongst the Chiefs and with the Canadian and Yukon governments at the Yukon and Intergovernmental Forum,” he says.

Leas says the underlying objective of the Agreements is reconciliation.

“Reconciliation can only take place based on the establishment of a new constructive relationship - these objectives cannot be achieved unless there is political dialogue [through such means as] advocacy and lobbying.”

That’s important because the agreements affect all Yukoners, elder Gingell says. It is at these intergovernmental forums that the government-to-government relationship can grow and implementation of the agreements can take place.

“I have a lot of hope for these forums. The agreements are all about relationships, period. They are based on partnership, relationships and respect. The Forums are necessary to have those conversations about implementing the agreements,” Gingell says.

“But you know something? We’ve got to remember that we’re not going to agree on everything. But at least if we have a Forum where we can talk it out and we can see what’s possible. Implementing these agreements takes a lot of work, by all of our governments,” says Gingell.

“Having a central organization such as CYFN coordinating the activities of the boards and the committees is crucial,” Gingell says.

Looking to the future

Johnston wants the future vision to remain strong. “It starts with our younger generation and even the generations that aren’t born yet…‘Together Today for Our Children Tomorrow’ over 40 years later, it’s still very relevant. For me it’s about continuing that vision, looking forward for our future generations to still be able to enjoy a traditional lifestyle, and to still have language and culture at the forefront and to celebrate who we are,” he says.