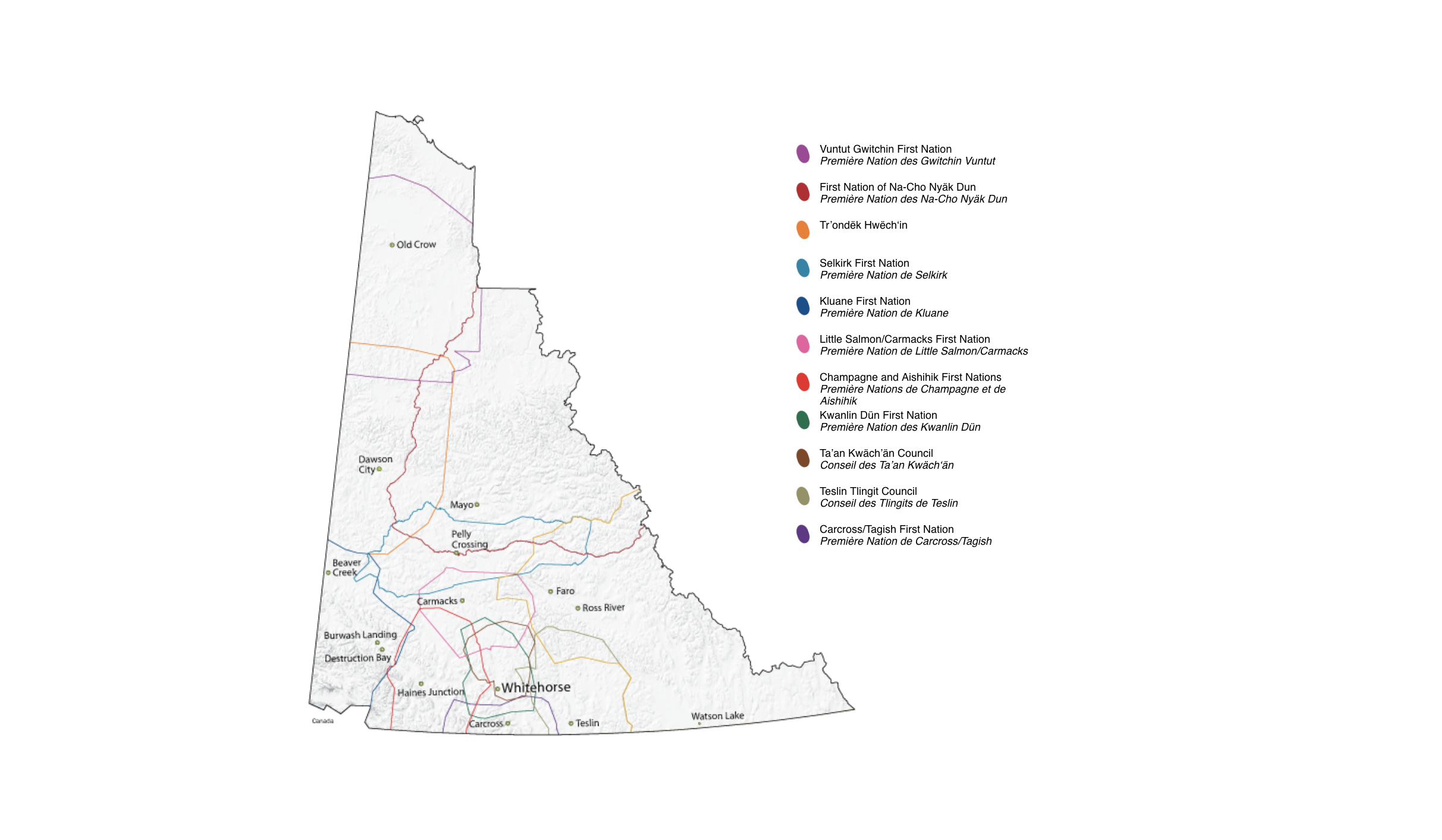 Land ownership and management was a major reason that the Yukon Final and Self-Government Agreements were negotiated. These agreements give direction on who owns the land and how decisions about land are made.

There are three types of Settlement Land:

2) Category B where the First Nation has surface rights. For example hunting, gathering, land development.

3) Fee simple land where the First Nation has the same property rights as on private property.

The public can access undeveloped Settlement Land for non-commercial, recreational purposes. This means walking your dog, taking a hike or driving a vehicle on a pre-established trail or road. It's your responsibility to be respectful of the land. Don't cause damage or interfere with a First Nations use of the land. If you want to access developed Settlement Land (with cabins or a community) and you aren't a citizen of that First Nation you need to get permission.

Decision making on land use

On non-Settlement Land the Government of Yukon is the main decision and law maker. The Agreements establish collaborative land planning and management processes. First Nations and Yukoners can provide input to government decision-making through these processes.

The Agreements create the Yukon Environmental and Socio-Economic Assessment process. First Nations and Yukoners can express their support or concerns about proposed projects. A board considers this information and makes recommendations to government on whether to project should go forward.

The Agreements also create a regional land use planning process. An independent commission gathers input from First Nations, community members and the public. Then they recommend a plan for how to manage that region.

Perspectives Series 4: A Seat At The Table
Learn more
Video