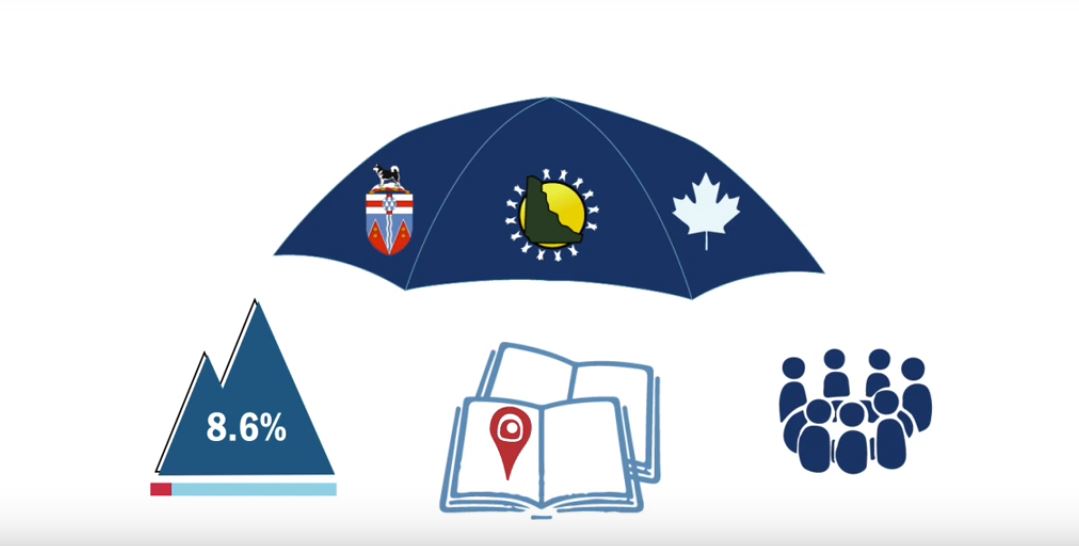 First Nation people have lived in Yukon for thousands of years. This is the story of their journey  towards the land claims and self-government agreements many have today.

Approximately 23% of Yukon’s population is Aboriginal. Most of that 23% belong to one of the 14 First Nations that call Yukon home.

In 1876, the Indian Act became law in Canada. It set out certain Government of Canada obligations and regulated who is defined as an Indian and the management of Indian band land, monies and resources.

Ta’an Kwäch’än Chief Jim Boss recognized the effect newly arrived settlers had on Yukon First Nations people and in 1902 he approached a lawyer in Whitehorse to write letters to the Government of Canada. He requested compensation for his people’s loss of land and hunting grounds.

But it was only in 1973 that the negotiations towards land claims began. On February 14, 1973 Elijah Smith and Yukon First Nation leaders presented the ground-breaking document, Together Today for our Children Tomorrow, to then Canadian Prime Minister Pierre Elliott Trudeau. At this time the Council for Yukon Indians was created to negotiate land claims on behalf of all Yukon First Nation people. The negotiations took 20 years, but in the Council for Yukon Indians, the Government of Canada and the Government of Yukon signed the Umbrella Final Agreement in 1993. The Umbrella Final Agreement or UFA identified 8.6% of Yukon’s land mass to become Settlement Land to be owned and managed by individual Yukon First Nations.  The UFA also  created a framework for negotiating the Agreements, and identified boards and committees in which all Yukoners can participate to provide recommendations to government.

Between 1993 and 2005, 11 Final Agreements and the Self-Government Agreements were created.

The Final Agreements are land claim or modern treaty agreements that address:

The Self-Government Agreements give First Nations the power to make their own laws and set up programs and services that benefit their citizens.

The Indian Act no longer applies to Self-Governing Yukon First Nations, and they have powers similar to a Canadian province or territory.

Yukon’s 11 Final and Self-Government Agreements represent almost half of all such agreements in Canada. Self-Governing Yukon First Nations operate governments that have powers similar to a Canadian provincial or territorial government, including: the management of lands and resources, governance, providing programs and services to their citizens, heritage and culture, intergovernmental and fiscal relations, and economic development.