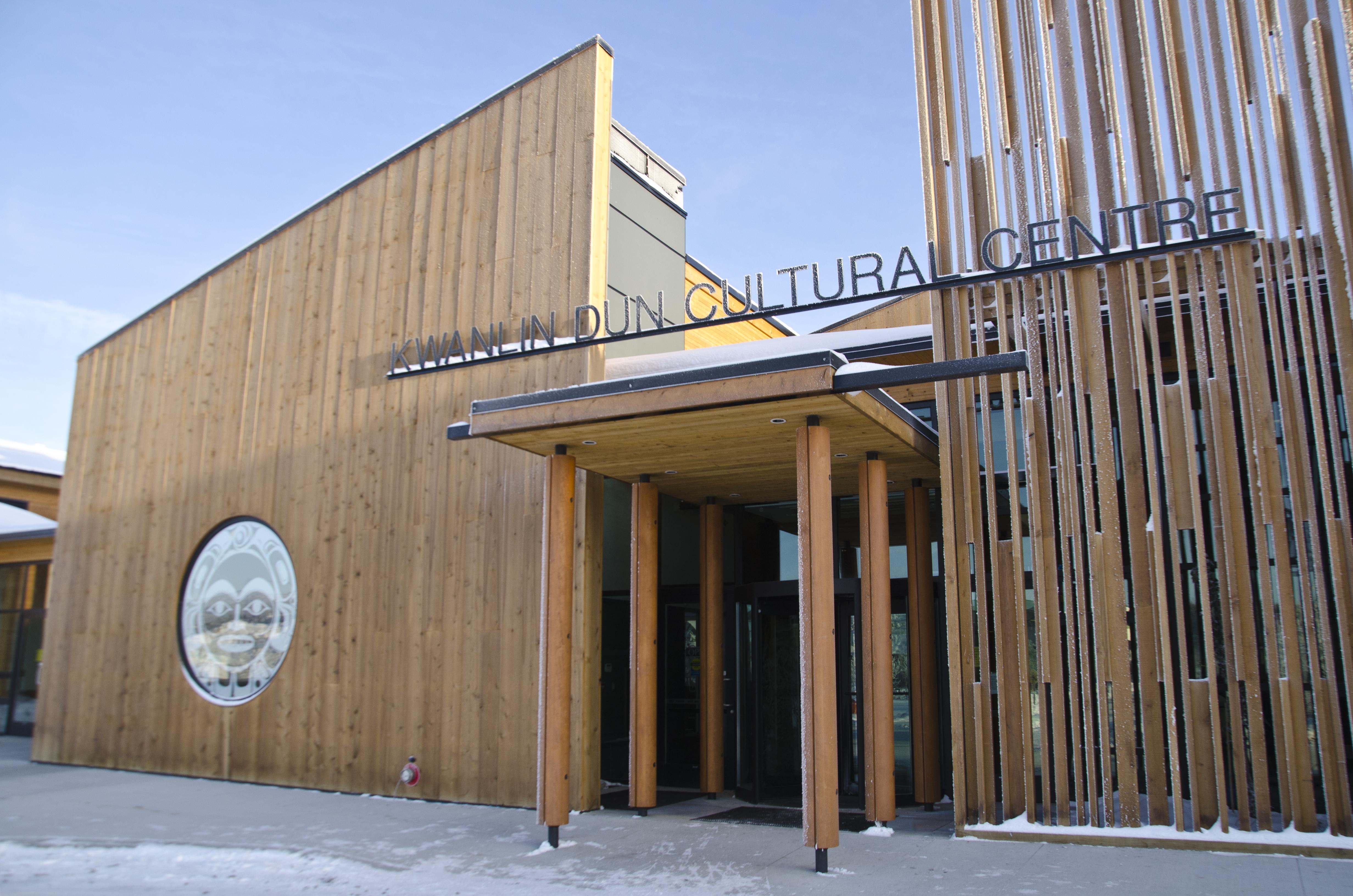 The Kwanlin Dün First Nation Final Agreement provided for the development of the Kwanlin Dün Cultural Centre on the Whitehorse waterfront. The Centre symbolizes Kwanlin Dün’s deep connection to the Yukon River and the role the First Nation plays in shaping Yukon’s history and culture.

A significant outcome of Kwanlin Dün’s land claim agreement included gaining legal title to riverfront land in downtown Whitehorse within the First Nation’s Traditional Territory.  It was determined early on that this parcel of land would be used to house a cultural centre.

The main purpose of the Centre is to revive, preserve, and demonstrate Kwanlin Dün’s language, practices, values and traditional way of life for the benefit of Kwanlin Dün people, and to share this knowledge with other First Nations, visitors, and members of the public.

The Centre has also contributed greatly to the revitalization of the Whitehorse Waterfront and offers one of the largest meeting and event facilities in Whitehorse. It has quickly become Whitehorse’s top location for weddings, conferences, and communities events.

Benefits of the Agreements

Kwanlin Dün is working towards its goals: a good education for the children, meaningful work, a good quality of life, health and healing for those in need, and contributing to make the community a better place.

Kwanlin Dün First Nation is guided by a constitution, and governed by a Chief and Council who are elected every three years. The governance structure also includes a General Assembly, an Elders’ Council and a Youth Council.  A separate and distinct Judicial Council has also been established to act as dispute resolution body, and to hear appeals on validity of laws, election rules and administrative decisions.

About 75 percent of the Yukon's population lives within KDFN's Traditional Territory.